Significant damage during seismic events was caused by non-structural elements such as ceilings and in-ceiling services clashing. This was caused by insufficient clearance and/or stiffness incompatibilities.

Provide a suspension system strong enough to resist lateral forces imposed upon it without failing. Prevent border panels from falling from the ceiling plane.
The most common method of horizontal restraint is to fix the ceiling to the building structure on two sides of the perimeter. If perimeter fixing is not sufficient or appropriate, the ceiling may be back-braced by fixing to the structure above.
Ceiling areas greater than 200m2 must have seismic separation joints, closure angles, and horizontal restraints.
A suspended ceiling must not be used to support plant or equipment that weighs more than 10 kg. Where a suspended ceiling is used to support equipment (cable trays, electrical conduits) it should be positively fixed to the ceiling suspension system, not supported by the ceiling panels or tiles.
All lighting fixtures that are mounted on a suspended ceiling, including detachable accessories (such as diffusers and light controllers), should use a positive locking mechanism to prevent them inadvertently disengaging during an earthquake. 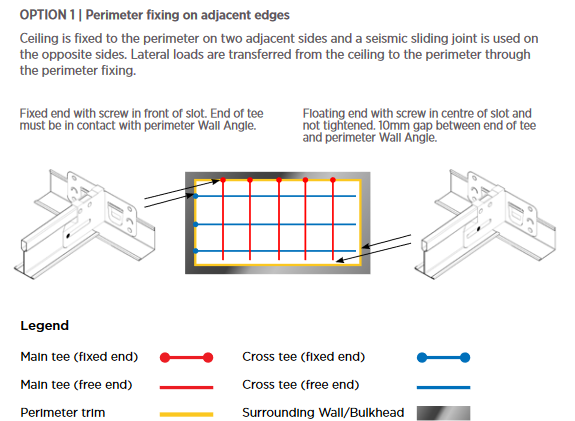 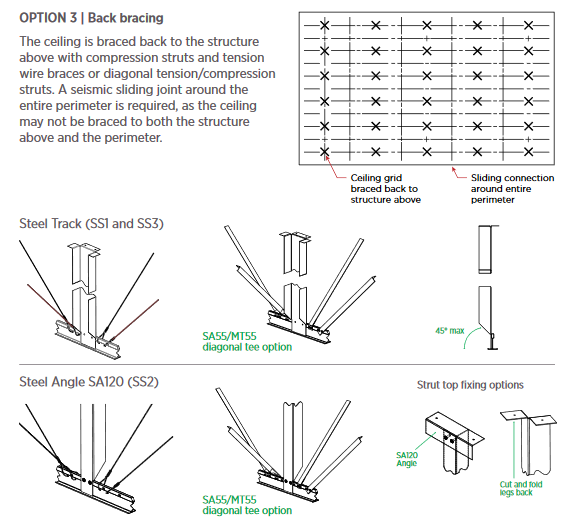 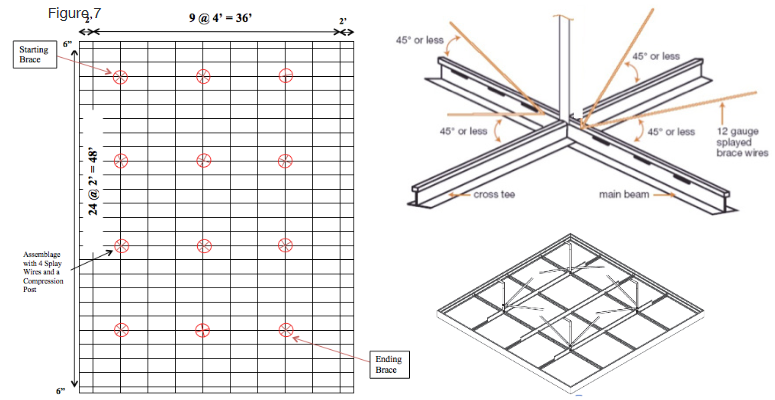